By day, Eric is a mild-mannered Architect, bringing great buildings to the good boys and girls of his hometown of Portland, Oregon. By night, he is a disreputable podcaster looking to promote the best and worst of horror movies! 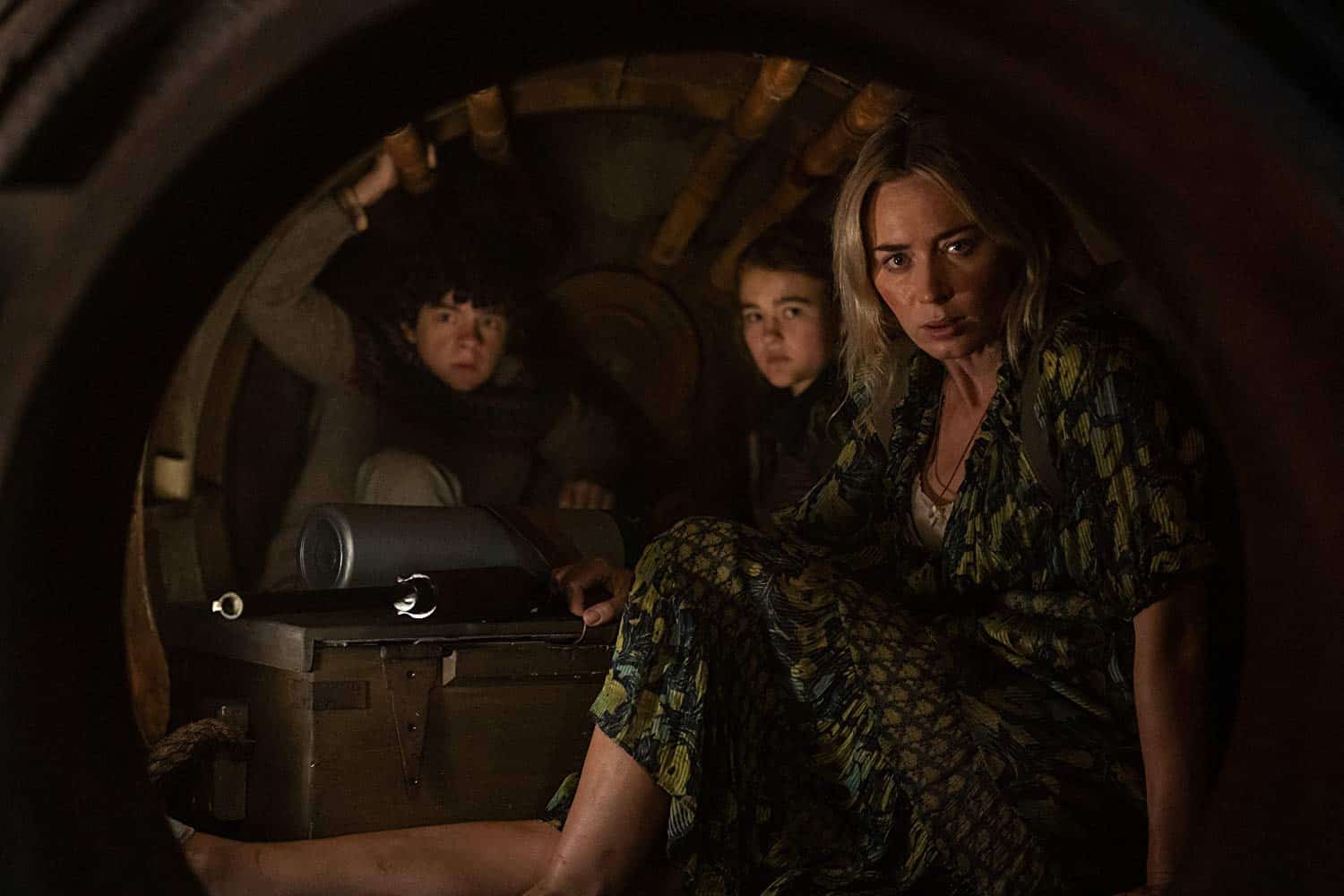 Can they pull it off again? The monster hit (both literally and figuratively) from 2018 is back, and pretty much everyone involved before is at it again. The first full trailer has dropped.

★★★ out of ★★★★★
This crazy mash-up cyberpunk-comedy-horror really shouldn’t have worked. Surprisingly, it did. A movie that should have felt derivative comes out feeling like it has fresh ideas and has you on board for this Australian comic-bookish Satanic techno ride. 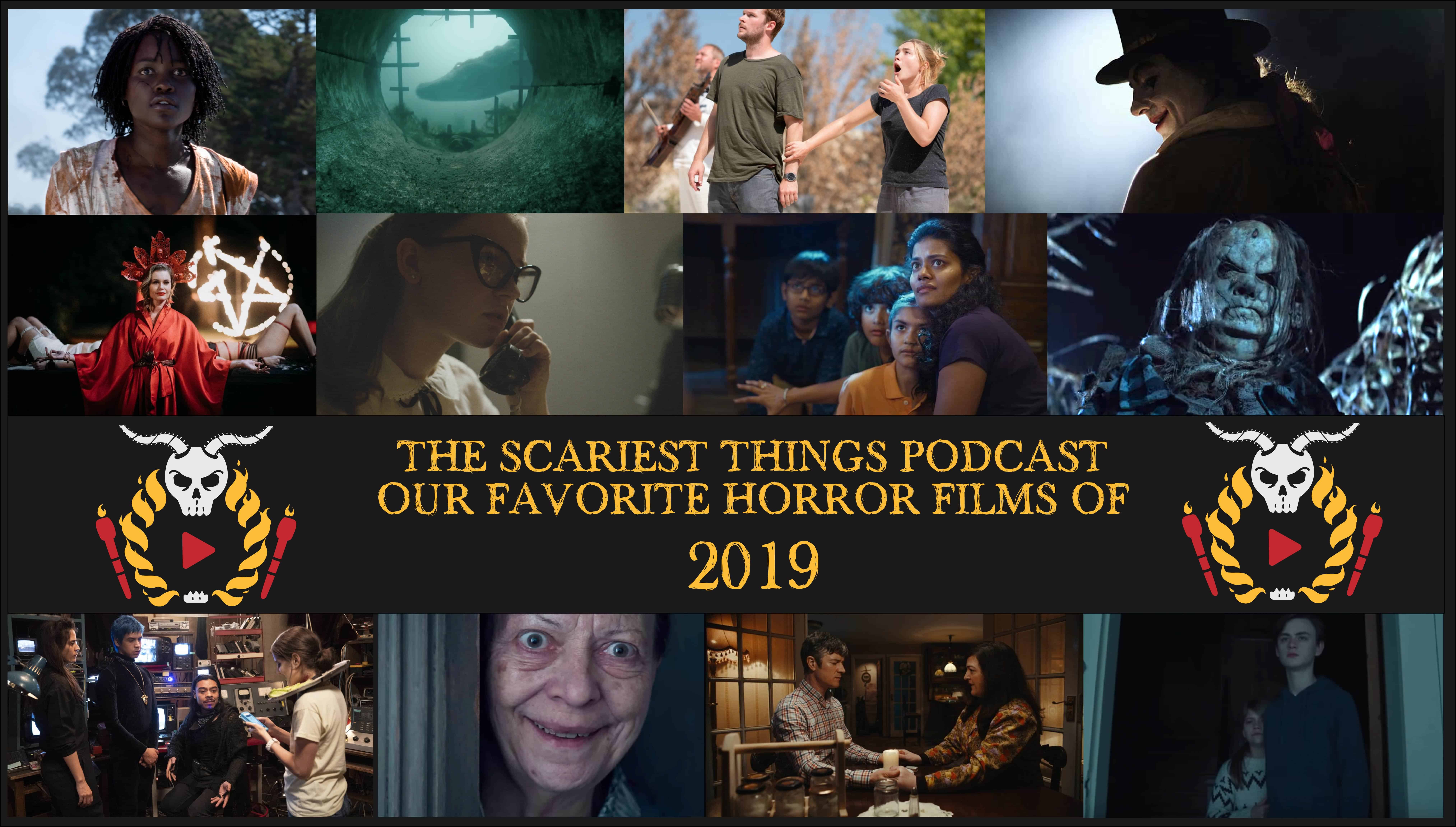 The Golden Era of Horror films shows no signs of letting up if judging by the quality of features offered up in 2019. Now it’s time to talk about our favorites! 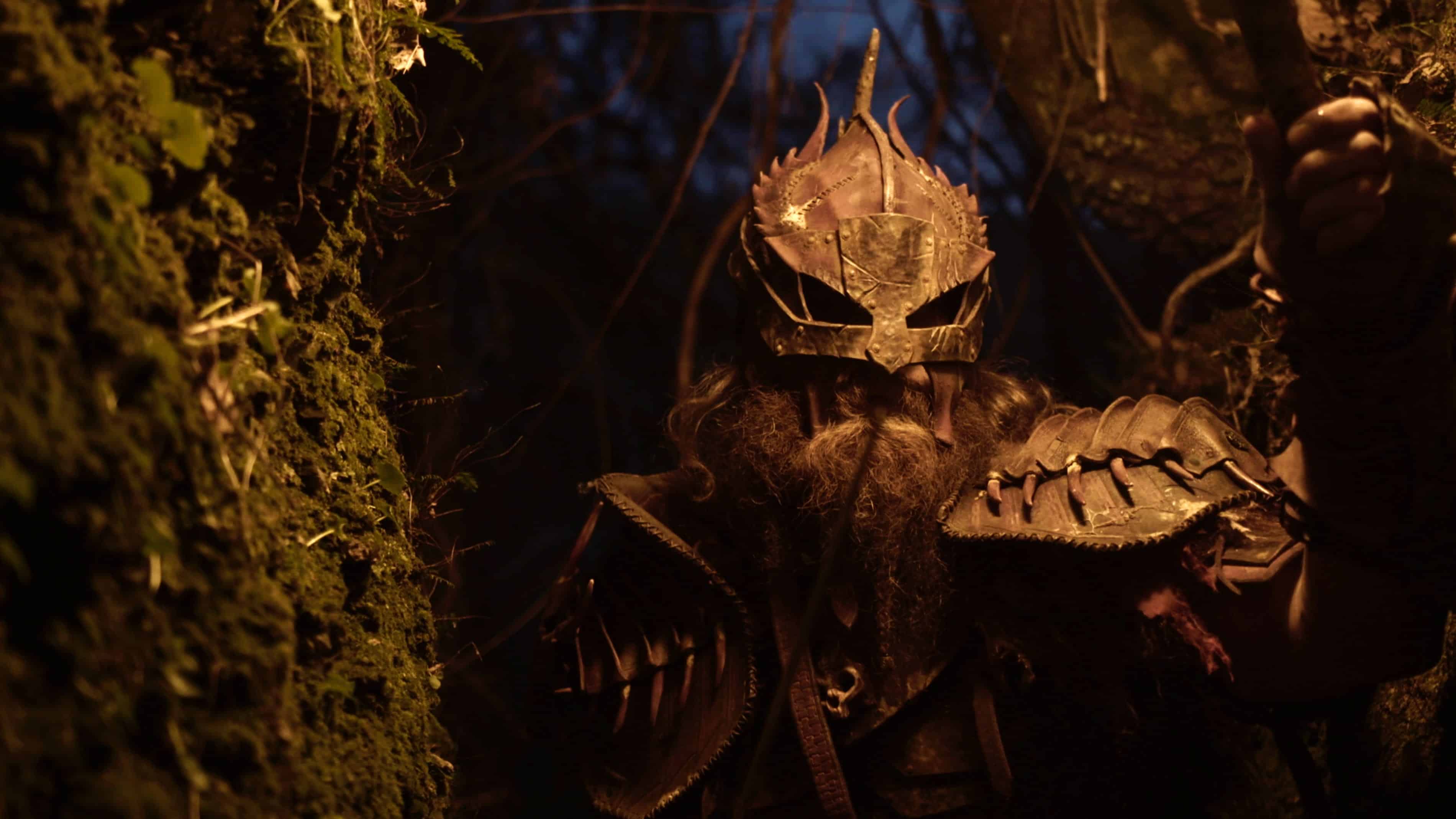 ★★★★ out of ★★★★★
A stark and haunting minimalist horror-fantasy, about a vengeful father fulfilling his oath to bring down the monster that killed his daughter. 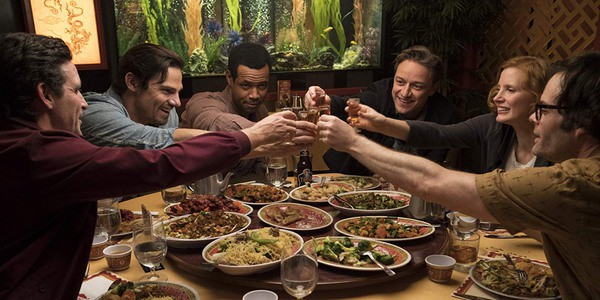 It’s not just about the movies, it’s about the MOMENTS within the movies that often make the difference between memorable and forgettable. Eric looks back on his favorite scenes from 2019. 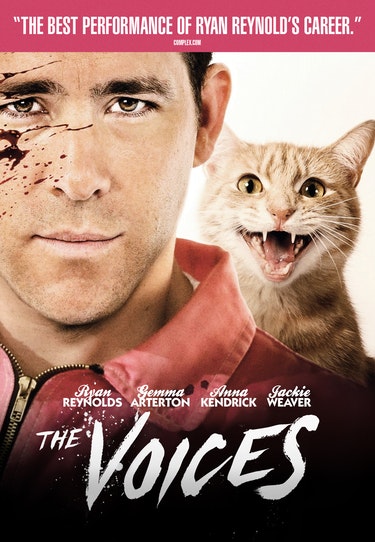 Movie Posters We Love: The Voices

BAD KITTY!
How did this get past us? Ryan Reynolds is hearing voices from a good dog, and a bad bad cat. The cat is much more fun. This one came to our attention from appearing in Liz Williams’ top movies of the decade. This was her sleeper film from 2014! 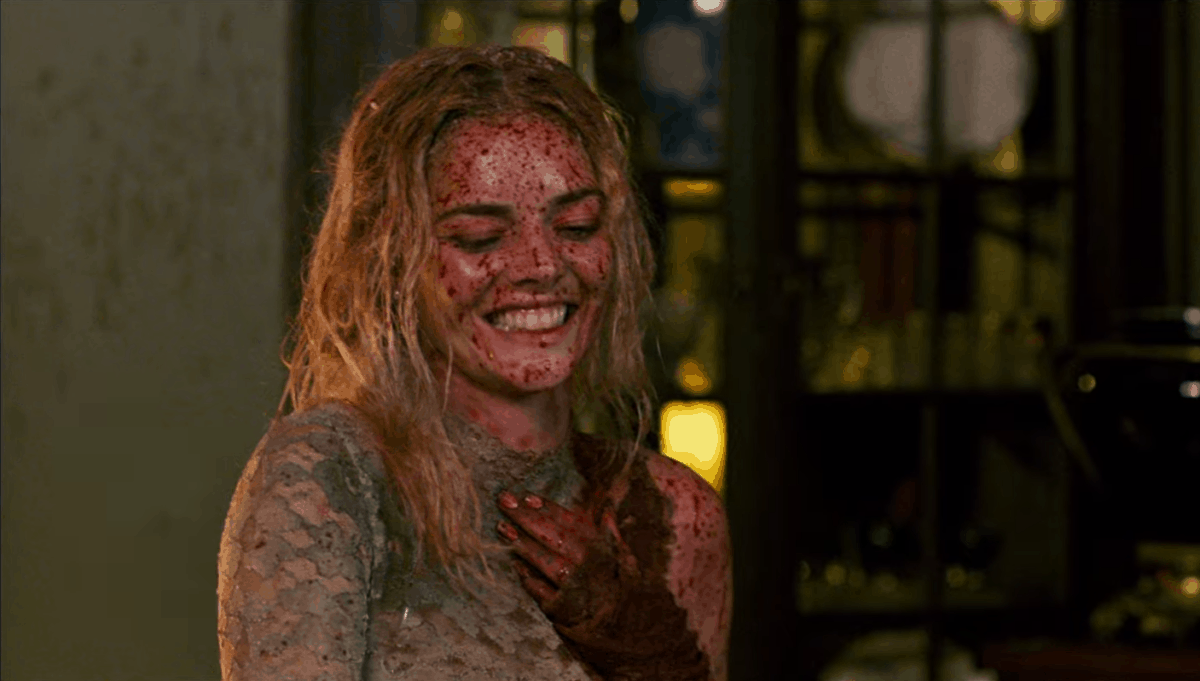 It was a great year for Horror Films, and without an individual film that was head and shoulders above the rest, making this a bit of a challenge to pick a top 10. There was a nice mix of film festival independent darlings, as well as some surprisingly good major studio offerings this year. If you haven’t done so already, go listen to our favorite movies of the decade. I believe we are still in the middle of the golden age of quality horror stories. 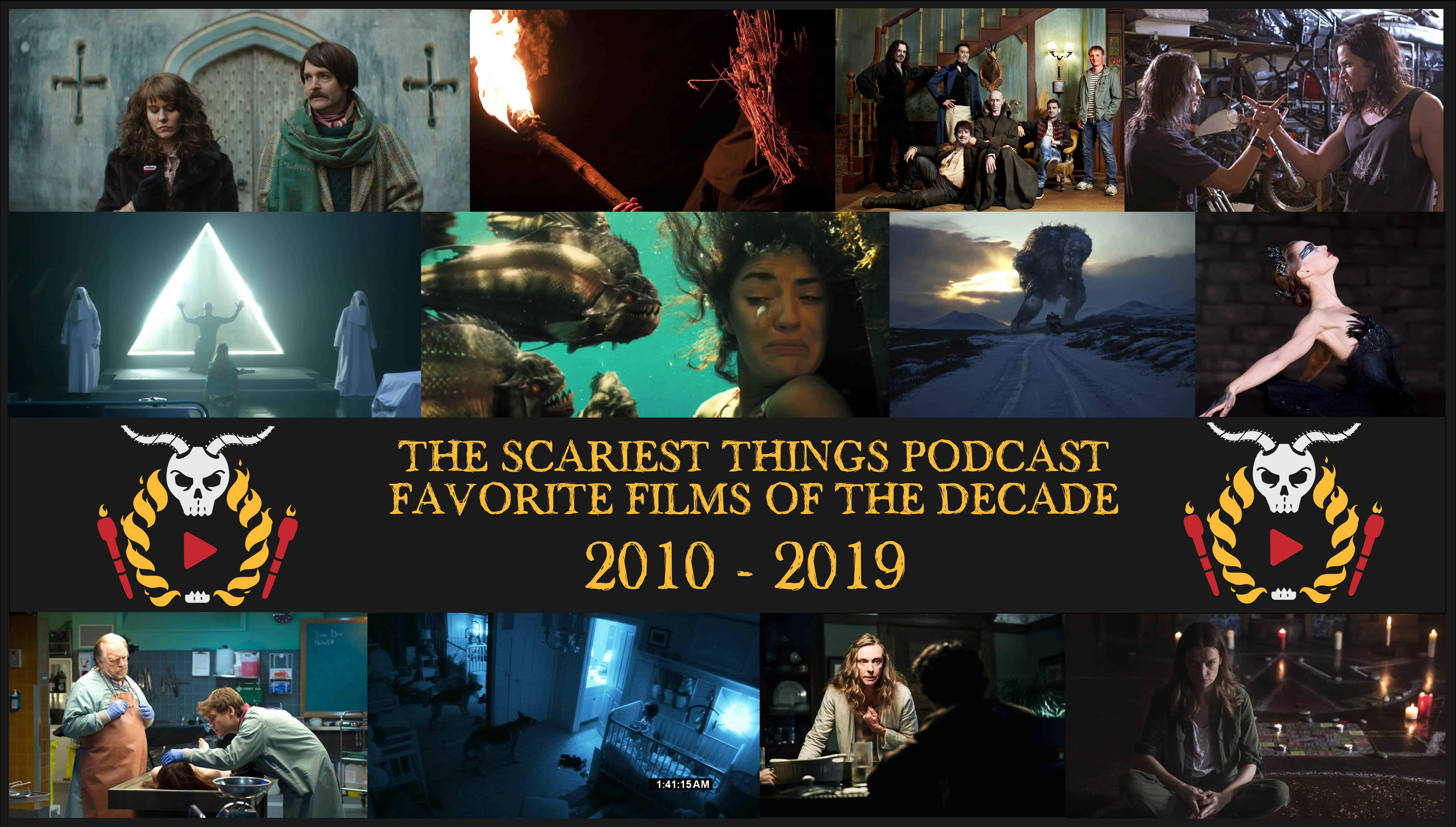 The Scariest Things Podcast Episode LXXXV: Our Favorite Horror Movies of the Decade

There can be little doubt that the past decade has been another wonderful golden era for horror movies. The generational change of horror voices arrived in a big way in the Teens, and horror movies have found serious purchase in both critical and popular appeal. The Scariest Things brings the WHOLE TEAM to the podcast this week, as Robert and Joseph join Mike, Liz, and Eric to promote our favorite genre offerings from the past ten years. 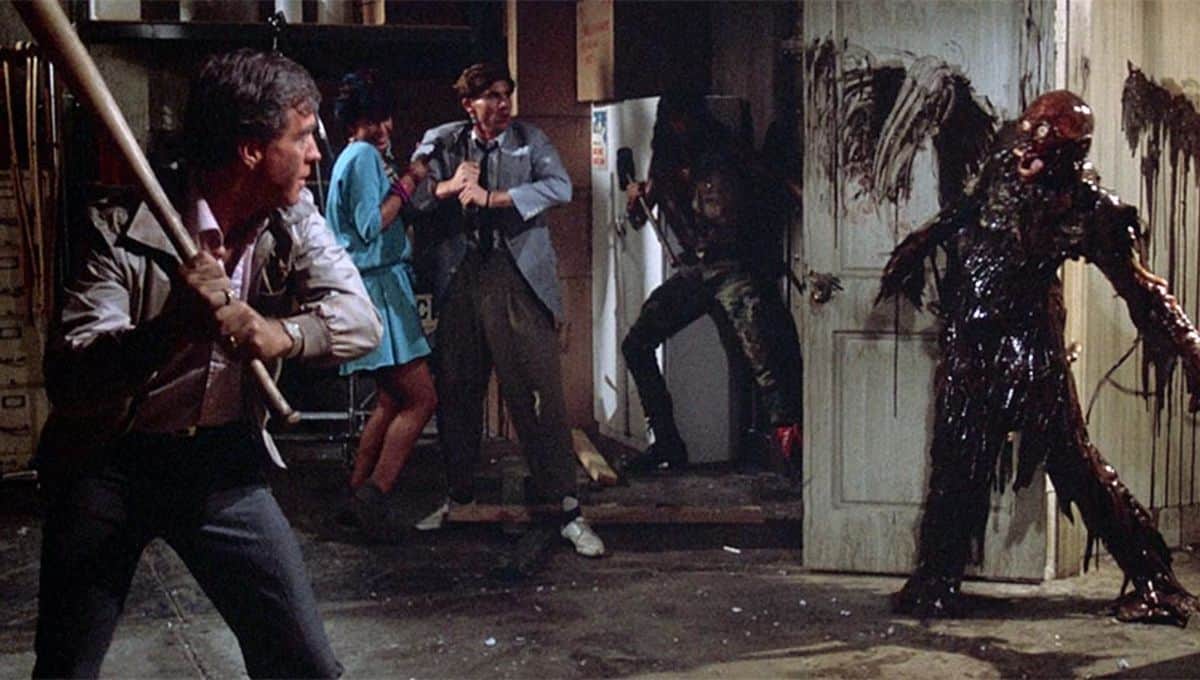 Two great tastes that go great together: You got your horror in my comedy! You got your comedy in my horror! Something in the brain likes the yin and yang of what scares us and what makes us laugh. The Scariest Things looks for some next level movies to make you howl with laughter as much as fear. 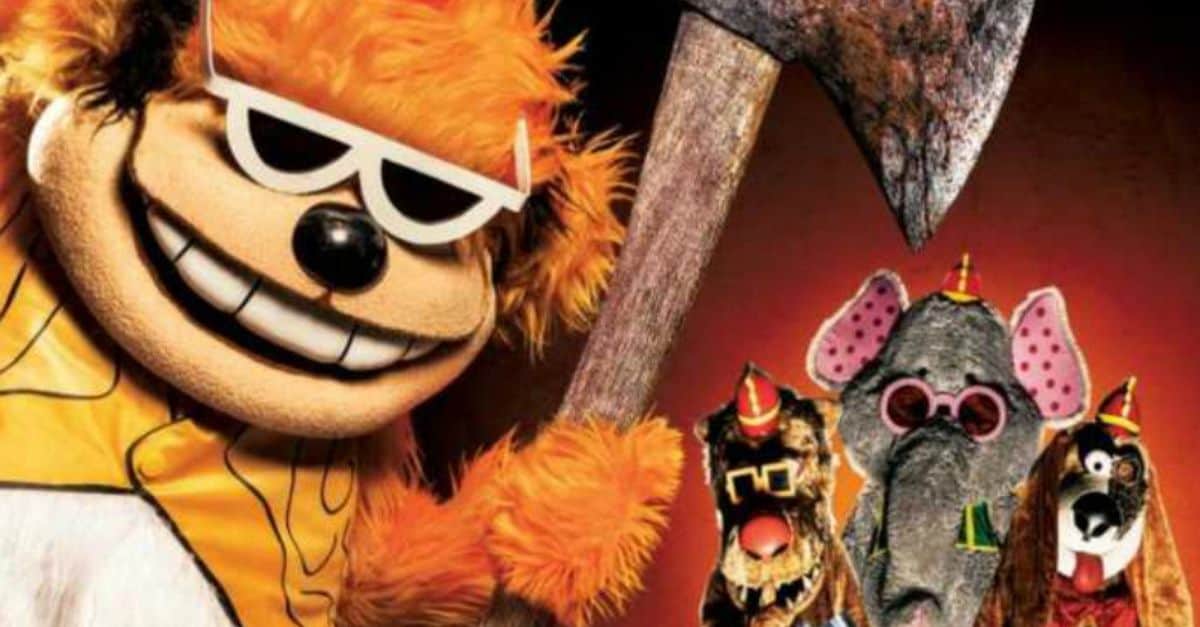 ★★ out of ★★★★★
Tapping into the hipster zeitgeist, The Banana Splits Movie looked to provide nostalgic psychedelic infused wackiness with ironic ultra-violence layered on top. Instead, it’s a depressing morass filled with unlikable characters. 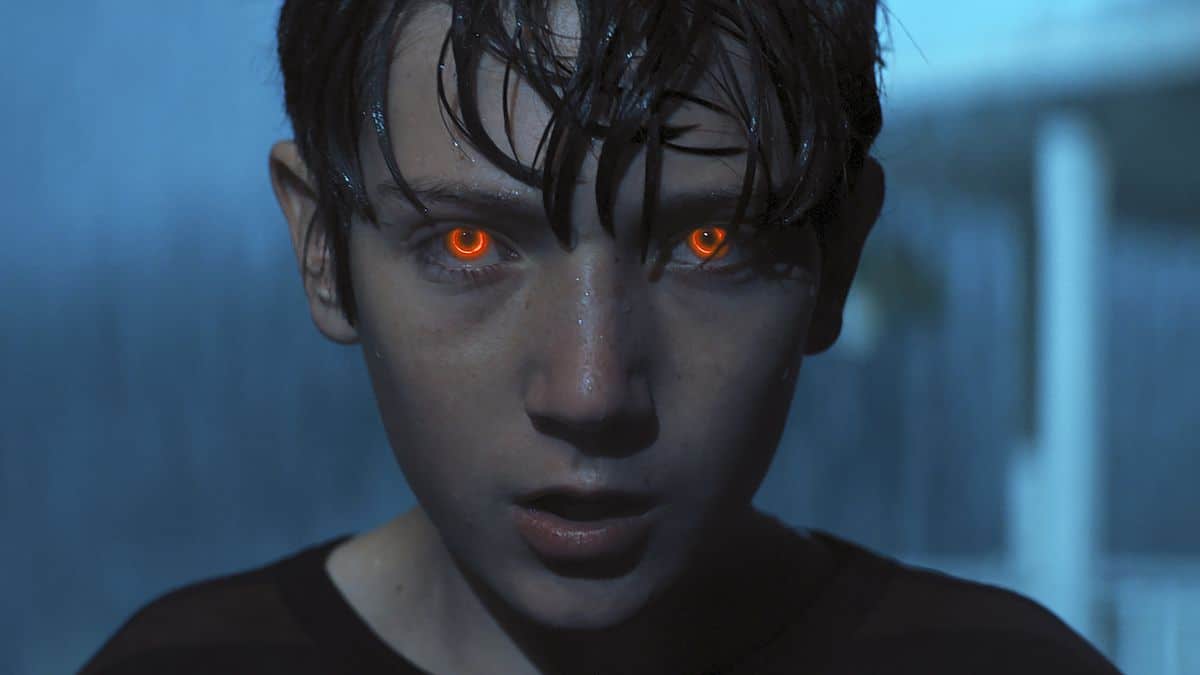 ★★★★ out of ★★★★★
Lex Luthor was right. This alien may look like us, but he is here to destroy us. This VERY dark take on the Superman parable is the very violent flip side of the Man of Steel, right down to the swing set and the waving wheat of Kansas.

Now that our American audience is digesting their Thanksgiving harvest feast, it’s time to turn our attention to Holiday Horror. The rule Mike put to the group was that we couldn’t use Carpenter’s Halloween. No problem, plenty of pictures to pick from! 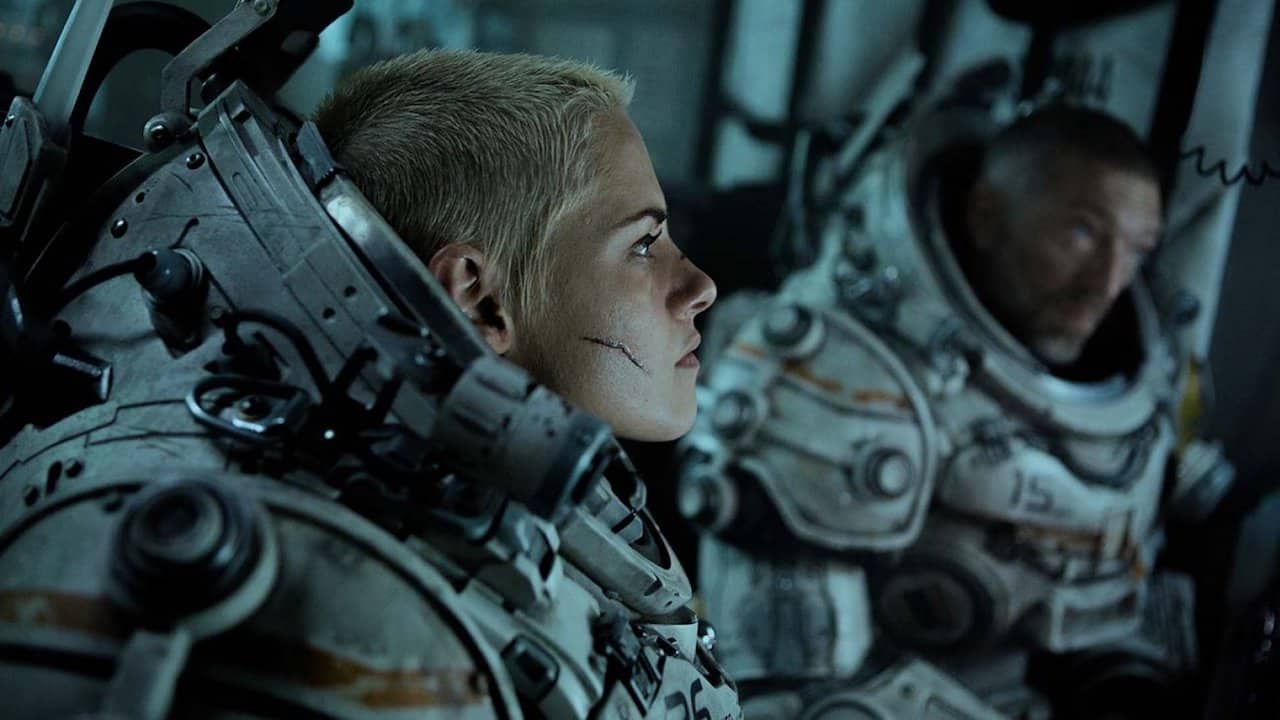 Once more, back into the abyss. The new big-ish budget Kristen Stewart feature brings audiences back to the bottom of the sea with mysterious sea monsters. 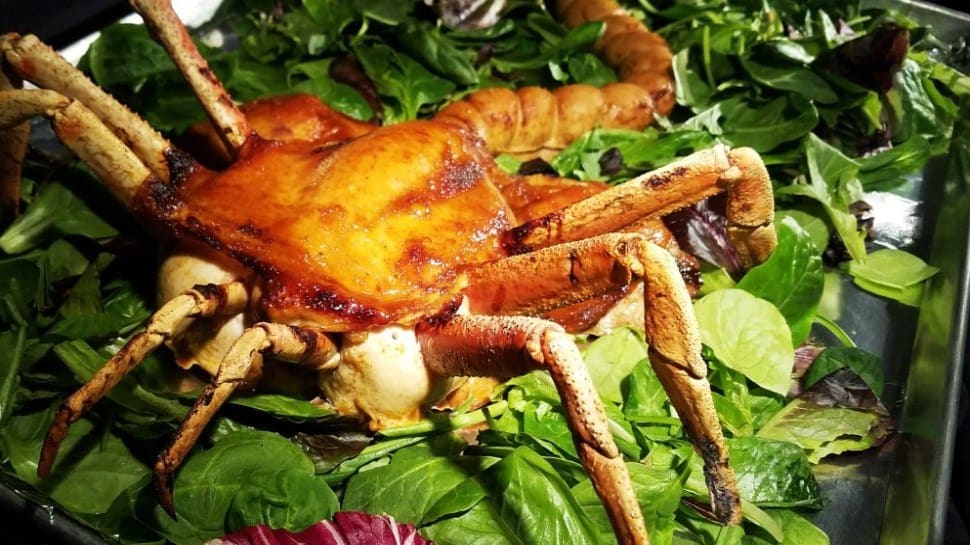 Happy Thanksgiving from The Scariest Things!

That’s right! It’s a face-hugger turkey! The Cthurkey craze has inspired folks to come up with some pretty dreadful Thanksgiving feast options, including this here monstrosity. Make sure to drain this of acid blood before Serving. These images may make you want to think twice before cutting into the celebratory roast this year.

★★★ out of ★★★★★
You might hate your job, but at least your supervisor isn’t a vampire transforming your colleagues into thirsty minions. Bloodsucking Bastards is a fun but inconsistent horror comedy populated with colorful office characters, that in the end feels like an R-rated TV sitcom. 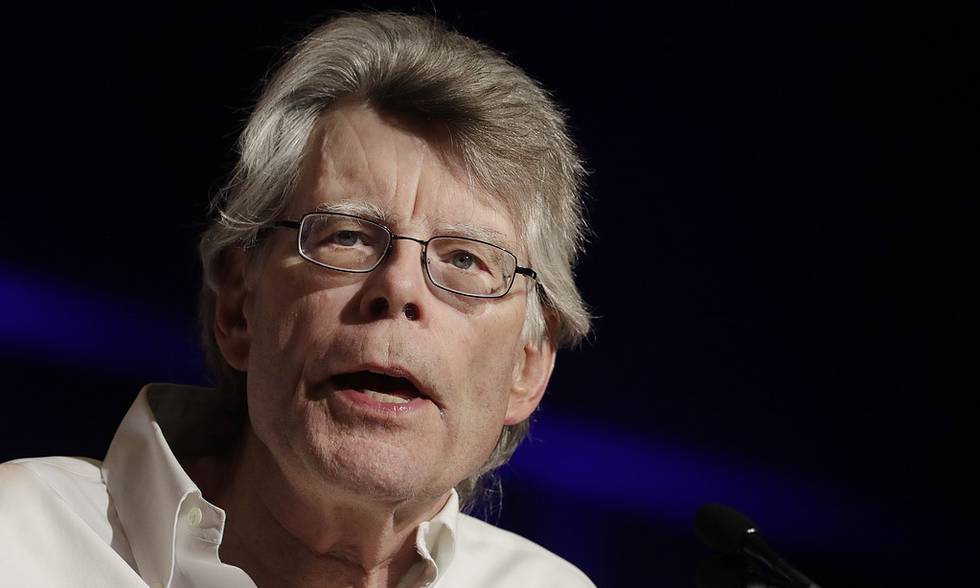 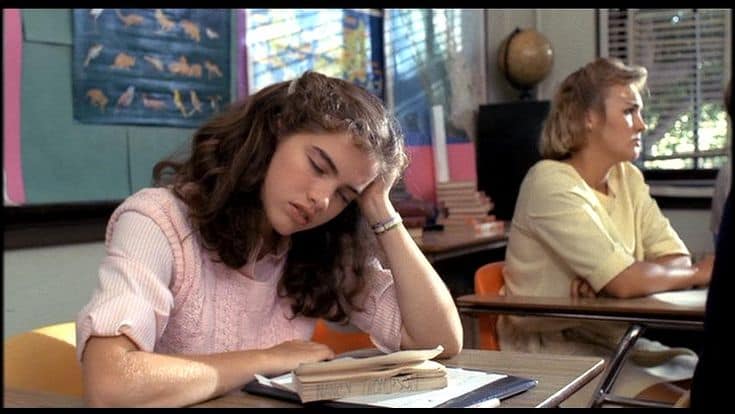 A is for Amityville: An Alphabetical Horror Movie Quiz

Wake up, Nancy! Falling asleep for a pop quiz could be DEADLY. Because, you know, Freddie might get you. Let’s see how well you know your second level horror titles. Get your #2 pencils ready. This is a closed book test. 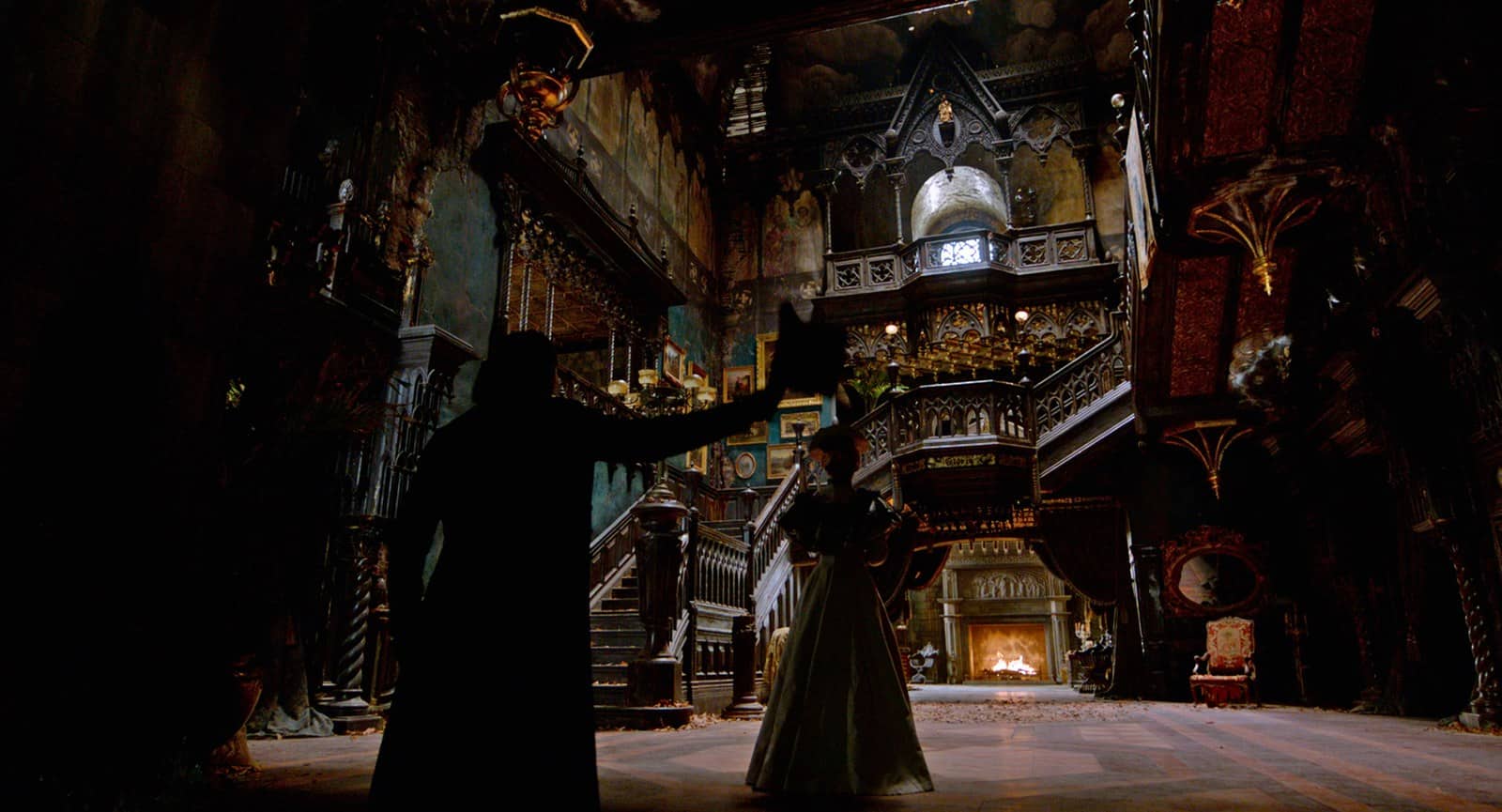 Sometimes the star of the movie isn’t a person, or even a creature. Sometimes it’s a building! Eric and Liz review some of their favorite Haunted Houses. 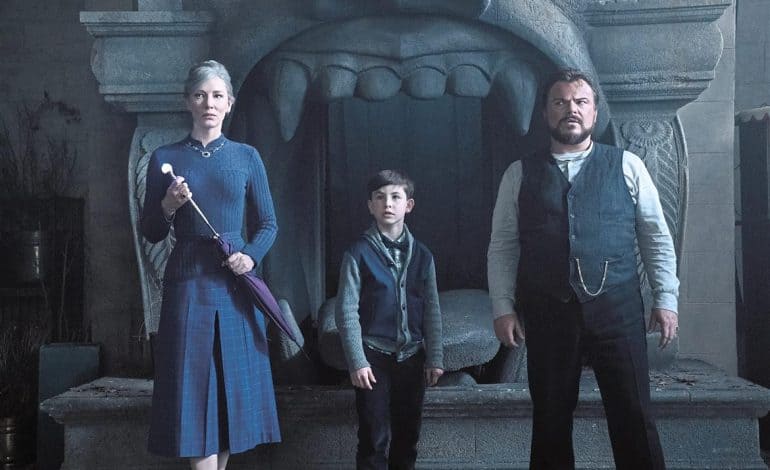 ★★★★ out of ★★★★★
Eli Roth proves that he has a gentler comic touch with his tone-perfect gateway spook-fest The House With a Clock in its Walls, featuring Jack Black, Cate Blanchett, and young Owen Vaccaro. 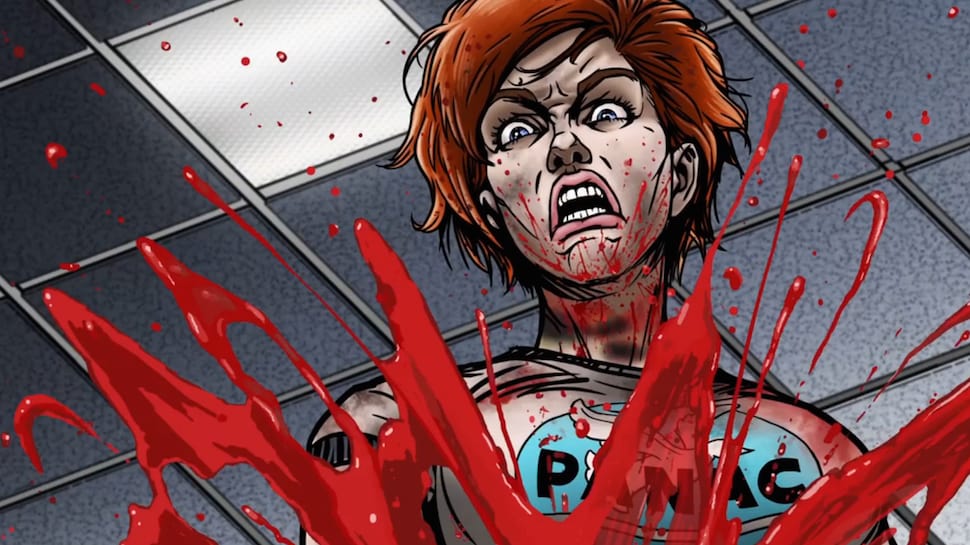 ★★★1/2 out of ★★★★★
To Your Last Death is a unicorn of a movie. A gory R-rated 2-D Western animated film. It’s a rowdy romp that uses familiar themes but takes full advantage of the unusual animated medium. It feels like an animated comic book on steroids.

This savage and grisly new Danish production features a carefully threaded story line that follows two young women, stuck working at a lonely rural gas station, who are subjected to what at first appears to be creepy pranking turns into something wholly sinister. This movie will reward hardened horror fans. Not for the faint of heart! 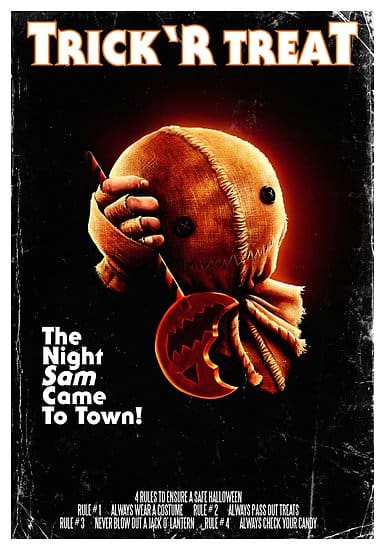 Happy Halloween from The Scariest Things!

It’s our favorite time of the year! Everybody have a safe (but scary) Halloween out there! TST suggests this is when you make your scary movie commitments and resolutions. Settle in for the evening waiting for the trick or treaters, and put on a spooky flick. You deserve it! The best time to map out a solid schedule of horror movies is when you are completely addled with sugar. 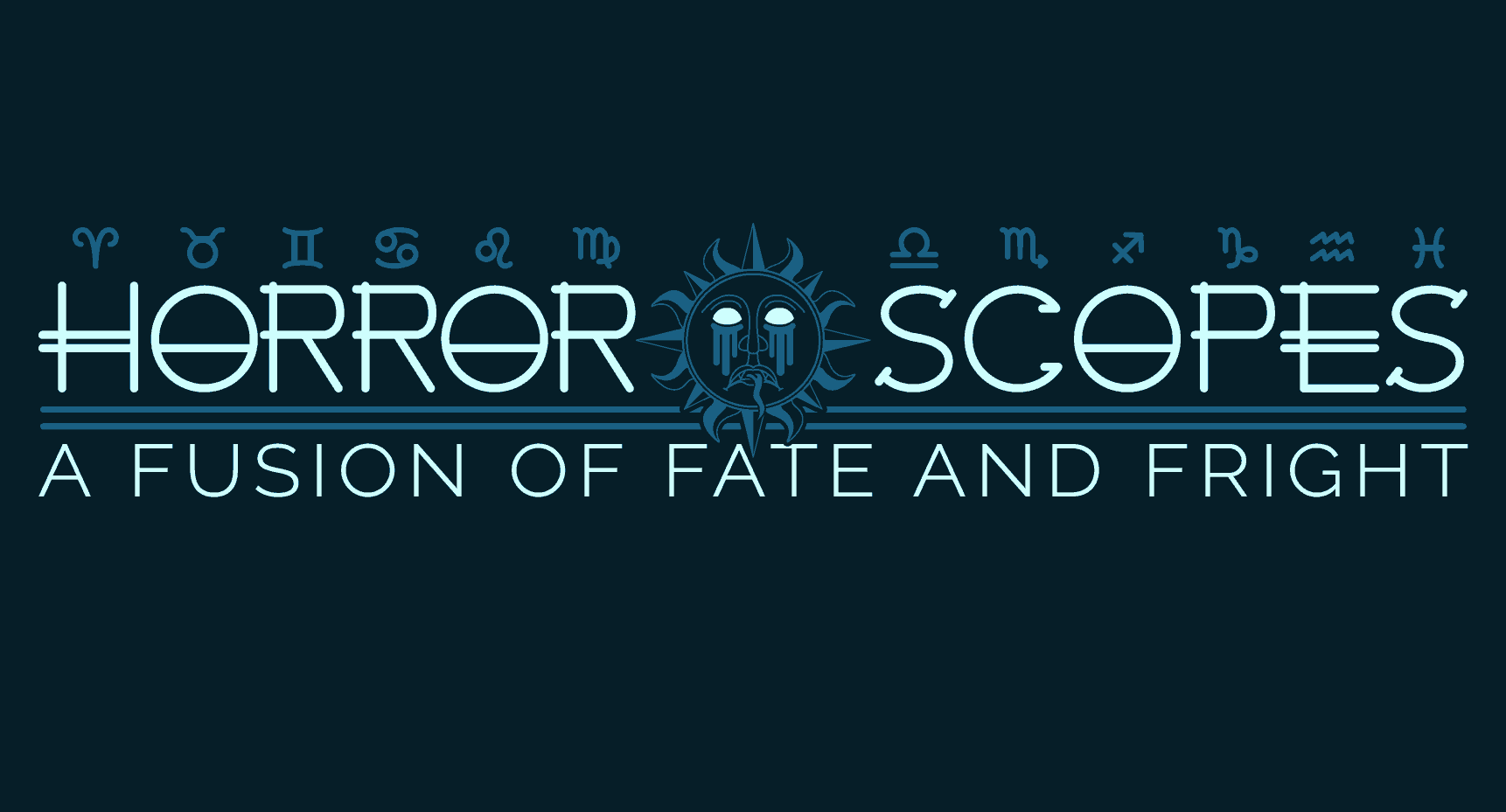 Horror Infographics: Horror Scopes a Fusion of Fate and Fright by Brady Johnson

Check out this brilliant horror movie themed astrological zodiac chart! Do these characters reflect your sign? Your personality? Beautiful work by Brady Johnson. 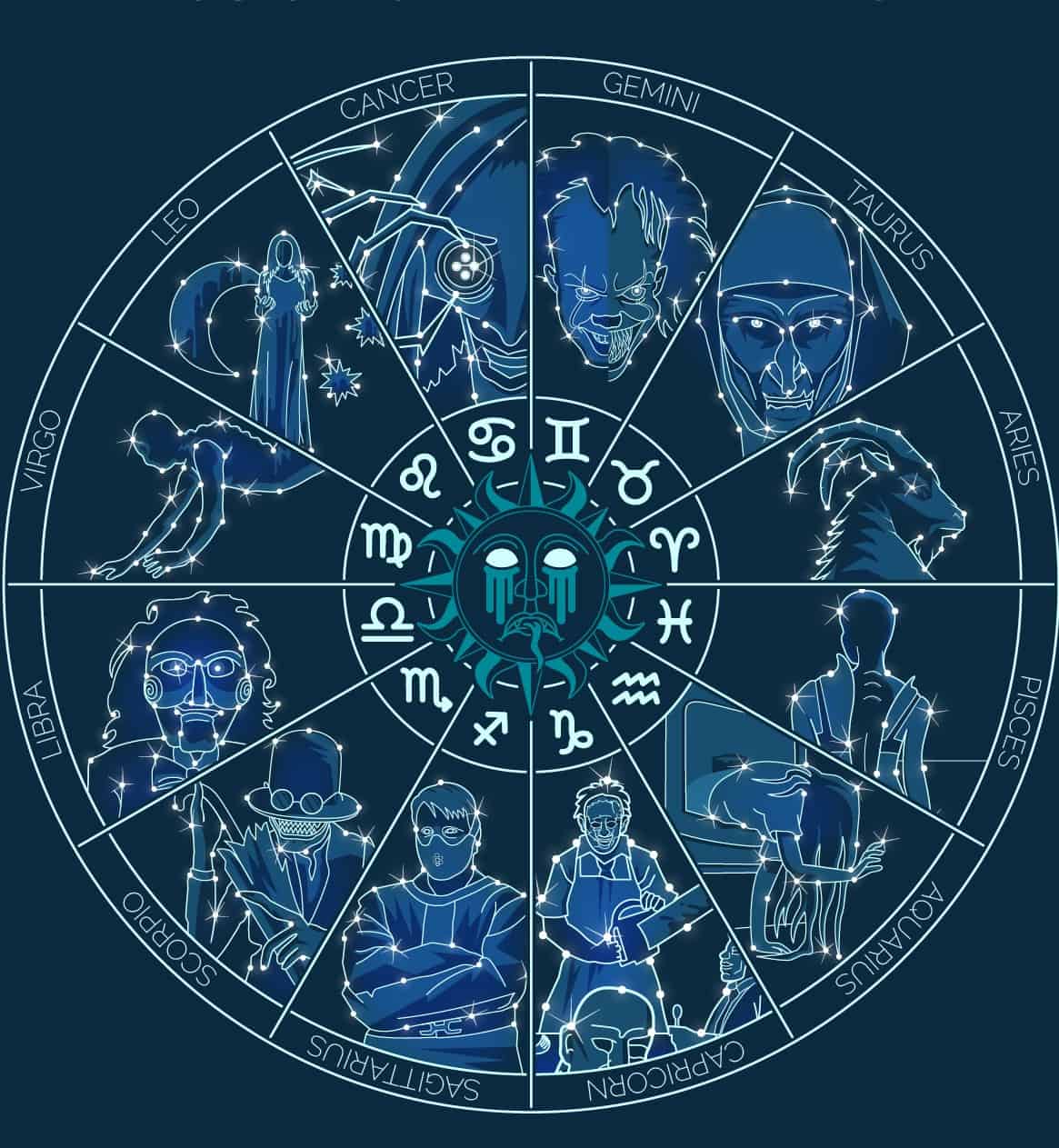 Does the year you were born say anything about the state of horror movies? Is there any equivalency between how good the movies from your birth year and how much you like Horror movies? Probably not, but it’s still fun to think about.

★ ★ ★ out of ★ ★ ★ ★ ★
A young couple who have achieved minor celebrity status through a YouTube jump-scare pranking show, and find themselves victims of their own success as their weekend getaway finds them terrified and trying to escape a wicked and deadly plot against them and, curiously, a ghost. 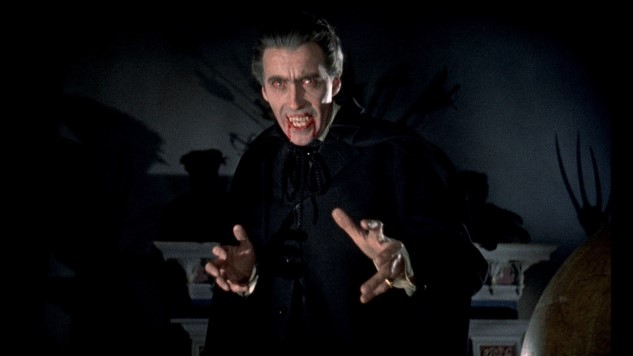 Hail to the Bloodsuckers! Eternal, sexy (usually), and back from the dead. The vampire is a proud staple of the […] 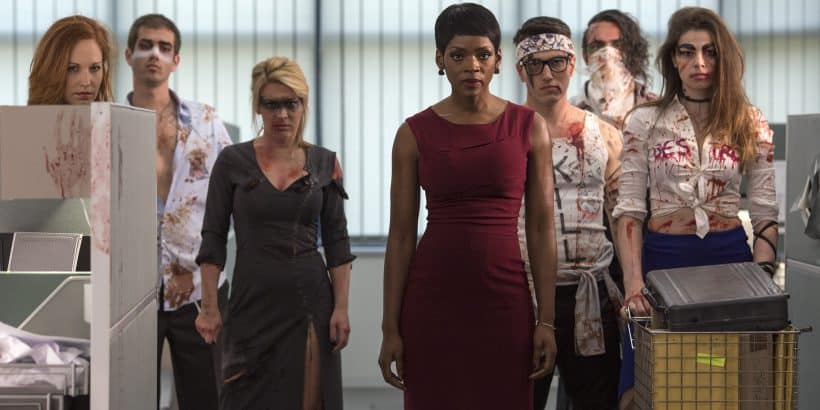 The Scariest Things Podcast Episode LXXVIII: Horror at the Workplace

And you think your job sucks! Welcome to the workplace of Horror. Do you trust the people you work with? Do you hate your boss? Horror movies have picked up on these feelings and have tapped into the worst-case workplace scenarios. 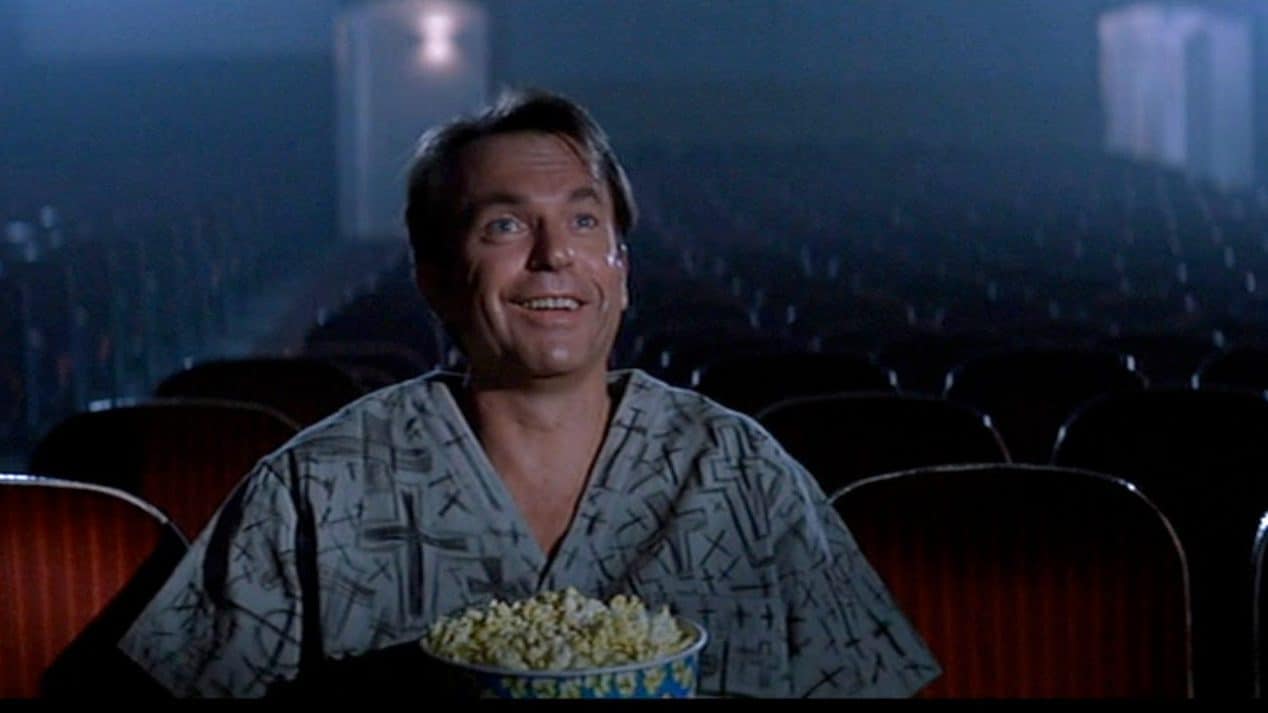 It’s the backbone of the horror genre. There’s just something not right with that person, and they are likely to do harm to themselves or others. The Scariest Things team dives into one of the most evergreen themes of horror.

Captain Spaulding is gone at the age of 80. The big man with a big personality had a fifty-year career in the genre and made a big impact. 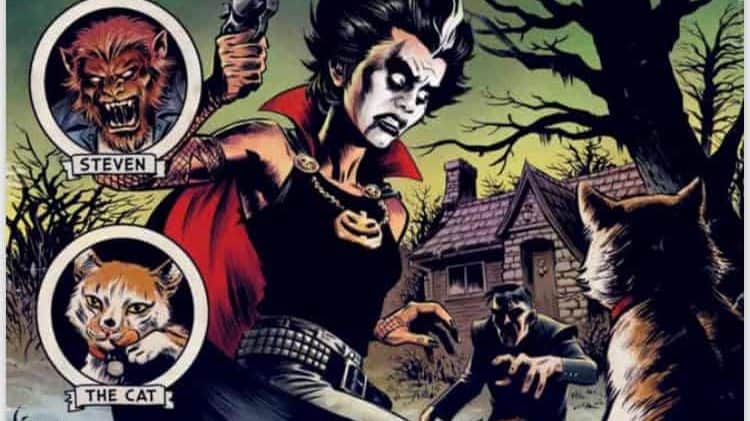 In what has to be considered Mike and Eric’s favorite interview, actor and newly minted comic book author David Dastmalchian sat down with us at Rose City Comicon. We got to talk all things horror, and especially his new comic Count Crowley! Muuahahahaha!